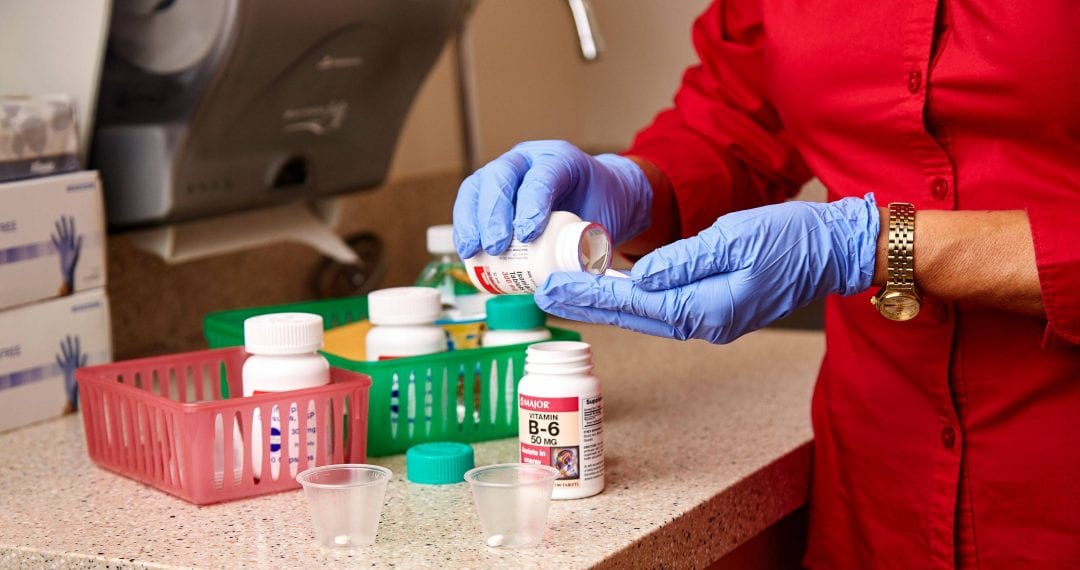 A study published recently in the Journal of the American Medical Association Internal Medicineconcluded that daily administration of anti-tuberculosis treatment resulted in higher cure rates and prevention of acquired rifampicin resistance (ARR), compared to a thrice-weekly regimen. The research was highlighted at the annual Conference on Retroviruses and Opportunistic Infections.

These findings have significant implications for the treatment of patients with tuberculosis who are also living with HIV. While the 2016 U.S. Centers for Disease Control and Infectious Disease Society of American (CDC/IDSA) guidelines recommend daily dosing as the preferred regimen for patients with newly diagnosed pulmonary TB, there has been no randomized clinical trial addressing the effect of tuberculosis (TB) dosing schedules on TB treatment outcomes for people living with HIV.

Directly observed therapy (DOT) — the practice of watching patients take medication — is the standard of care for achieving TB treatment completion, but in-person DOT can be costly and burdensome for patients and providers. The difficulty of implementing in-person DOT in many settings has been a factor in various forms of dosing schedules to accommodate human resources constraints. In this trial, the following dosing regimens were studied:

In-person DOT was used for all weekday doses for all study participants.

A total of 331 patients were enrolled in the trial and randomized evenly across groups. The group receiving daily medication achieved a favorable treatment outcome 91 percent of the time compared to 77 percent of the time. A patient achieved a favorable outcome if he or she completed TB treatment and had negative sputum cultures collected in the last two months of treatment. There were four ARR cases — all of which were in the intermittent dosing group. This difference was significant enough that the study was halted by the data safety monitoring committee because daily dosing proved superior.

These findings highlight the need for patient-centric approaches to DOT. While five days of DOT has generally been considered a “daily regimen,” seven day regimens are truly “daily” and IDSA guidelines suggest that they are more effective. Video DOT can be used to complement in-person DOT, thereby making it possible to observe more doses. Learn more about video DOT.