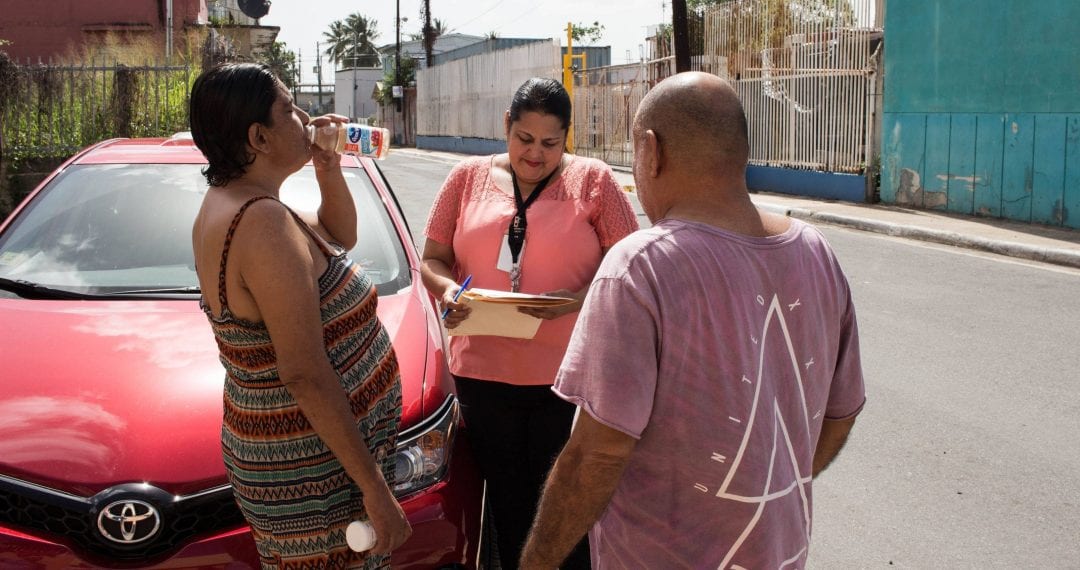 Tuberculosis (TB) is a global epidemic that killed 1.6 million people in 2017, making it the world’s deadliest infectious diseases. More than 10 million people fall ill with the disease annually, with 600,000 drug-resistant cases. According to Médecins Sans Frontières, most countries lag behind in implementing new tools available to tackle TB.

Over recent years, several steps have been taken to call attention to this epidemic and make progress toward ending it. In 2016, the World Health Organization (WHO) released the End Tuberculosis (TB) Strategy, which outlined a plan to end the global epidemic. The WHO’s Strategy sets global targets that must be met by 2035, such as a 95 percent reduction in TB deaths, 90 percent reduction in TB incidence, and having no families face catastrophic costs due to TB. Furthermore, the WHO Moscow Declaration of 2017 brought together Ministers of Health from more than 120 nations to reaffirm the commitment to holistically improving TB treatment at patient, provider, and health systems levels.

The United Nations (UN) is now adding to the momentum. Next week, the UN will convene its first High-Level Meeting on TB, during which 193 member nations will commit to a political declaration to achieve the UN’s benchmarks, known as Sustainable Development Goals (SDGs), and End TB targets outlined by the WHO.

The UN High-Level Meeting on TB (UNHLMTB) is significant because it elevates the importance of TB prevention, treatment, and care globally; with increased attention on the issue, more resources and attention may be made available to reach the UN and WHO goals of ending the epidemic. Additionally, the political declaration aligns all UN-member countries on specific actions that must be taken to achieve that goal.

The meeting represents the first time that:

The importance of cross-sector partnerships to end TB

Multisectoral partnerships within U.S. TB programs have proven to be lifesaving and tremendously valuable. For example, a coalition of a local health department, CDC, and pharmaceutical company recently worked together to acquire the new TB treatment delamanid to treat patients with extremely drug resistant TB (XDR-TB). This is part of a compassionate use program, which allows investigational drugs to be used outside of clinical trial settings for treatment purposes.

emocha has also demonstrated how National Institutes of Health (NIH) investments in infectious disease care abroad generates a return on investmentto the U.S. in terms of job creation and cost savings. A recent NIH-funded study conducted by Hopkins researchers found that health departments using emocha to support patients with TB were able to save approximately $1,400 per patient.

The UN political declaration specifically calls on members to:

Digital technologies have emerged as patient-centered, cost-effective way of delivering Directly Observed Therapy (DOT) — the practice of watching patients take every dose of their medication. The 2016 joint Centers for Disease Control and Infectious Disease Society of America (CDC/IDSA) guidelines recognize that DOT can be delivered by several modalities, including via smartphone. Similarly, the WHO published a handbook on the use of digital technologies to support tuberculosis medication adherence. Video DOT has shown to be a promising innovation even under the most challenging circumstances, such as the aftermath of Hurricane Harvey and in a TB outbreak in Puerto Rico. The UN political declaration specifically calls for members to:

In the United States, there have been two major strategic opportunities in the past 30 years to address the epidemic of TB within our borders. The last time a national plan for addressing all forms of TB was published in the U.S. was 1989, but insufficient funds prohibited many of the initiatives from coming to fruition. For example, the plan suggested “the possibility of Medicare and Medicaid reimbursement for tuberculosis control services such as Directly Observed Therapy, nursing services, translation services, transportation services, and halfway housing for tuberculosis patients.” In 2015, the federal government issued the National Action Plan for Combating Multi-Drug Resistant Tuberculosis (MDR-TB), which presented another opportunity for national discourse on improving care delivery. The plan stated that “effective adherence strategies and enhanced approaches to care are essential to avoid interruption of treatment.”

However, much work remains to be done for MDR-TB, latent tuberculosis infection (LTBI), and drug susceptible TB to achieve less than 1 TB case per million people — the definition of elimination in the U.S. This is exacerbated by decreasing budgets — a challenge reported by half of all U.S. health departments. As a result, health departments are tasked with doing more with fewer resources.