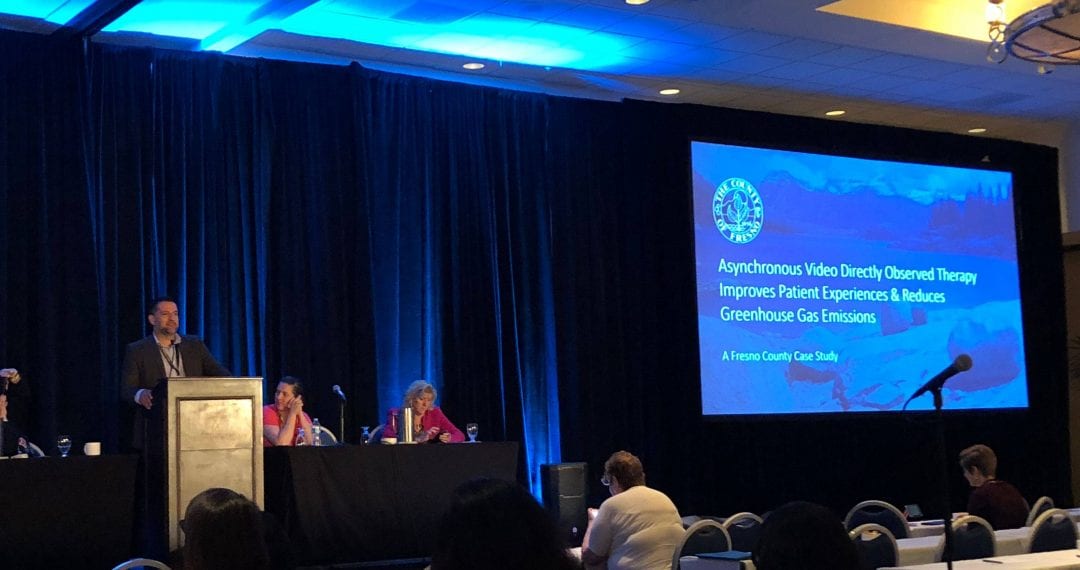 emocha among the platforms highlighted at NTCA

As the healthcare market struggles to understand how digital health concepts will eventually impact care, it is inspiring to see how our nation’s public health professionals are boldly implementing cutting edge technology to solve one of healthcare’s most complex issues: medication adherence.

To date, the most effective method for securing consistently high medication adherence is a daily face-to-face observation of the patient taking medication. This technique, known as Directly Observed Therapy (DOT), is expensive and burdensome. Many tuberculosis (TB) control programs have used video to make the process more efficient — and have succeeded dramatically.

The National Tuberculosis Controllers Association (NTCA) brings together TB control programs from across the U.S., including state, city, county, and territory leaders. When the organization was founded in 1995, there were more than 22,000 new cases of TB annually. Thanks in large part to the diligent implementation of DOT for TB medications, the prevalence of TB has been dramatically reduced to less than 10,000 cases annually.

This year’s conference was the first in which a broad mix of jurisdictions presented solid evidence that video technology is helping them achieve radically high rates of medication adherence. Video DOT is used to refer to the practice of a patient taking their medication on video, either as part of a live interaction with a healthcare professional, or “asynchronously,” where a video recording is submitted and reviewed later.

The results presented at the NTCA conference are among many recent advancements in our understanding of the benefits of technology-assisted observed dosing. Public health departments and world-class researchers are proving that adherence can be measured based on whether patients actually take their medication. Johns Hopkins clinician-scientists have recently published a meticulous study of video DOT usage in three counties in Maryland. In late 2017 the CDC published separate studies of asynchronous video DOT saving lives in Puerto Rico and Texas.

Most importantly, these public health departments are proving that it is possible to use technology to better serve patients facing potentially deadly consequences. Video DOT offers a patient-centric approach to high levels of adherence. The broader healthcare system, including hospitals, pharmacies, and payers, should look to public health where — despite limited funding — innovation is helping to drive positive patient outcomes and save resources.